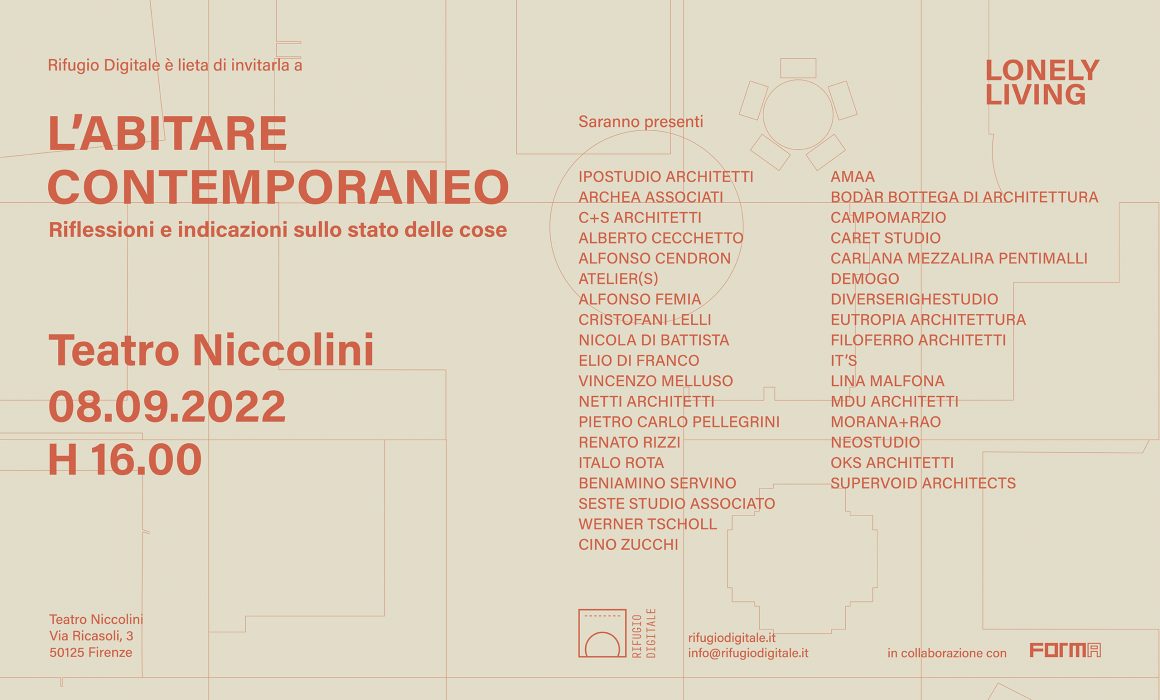 On Thursday, September 8, 2022, on the final day of the exhibition “Lonely Living,the architecture of primary space”, Rifugio Digitale will host an event entitled “L’Abitare Contemporaneo: Riflessioni e indicazioni sullo stato delle cose” at the Niccolini Theater in Florence. It will be a collective meeting during which the eighteen architecture firms featured in the exhibition will engage with as many architecture firms to explore in multiple voices how much the research under consideration is still relevant and how the issues addressed have evolved over the years. The event will unfold as a kind of theatrical piece, each studio will be entrusted with the task of narrating from a stage in the theater its personal point of view on the evening’s theme in front of a large audience positioned in the stalls and the gallery, with speeches punctuated by maestro Giancarlo Cauteruccio, one of the protagonists of Italian Avant-Garde Theater, who is entrusted with the prestigious direction. The event will be held starting at 4 p.m. in Via Ricasoli 3, home of Teatro Niccolini, one of the oldest theaters in Florence.

Seats will be assigned until maximum capacity is reached beyond which it will not be possible to enter the theater.